The Betlem family has been meeting the heating and cooling needs of the people of Rochester, N.Y. for over 70 years and spanning three generations. Started by John Betlem in the 1940s, John Betlem Heating & Cooling, Inc. has grown to serve the city of Rochester, Monroe County and surrounding areas.

“In the late 1940s when most of the heating was coal furnaces, my grandfather saw the advent of gas heating as an opportunity,” said Kathy Betlem, vice president and general manager of the company. “As such, the company concentrated on the heating side of the business only.” Betlem went on to explain that In the early 1960s, when residential cooling was in its infancy, John Betlem Heating and Cooling, Inc. became a Carrier dealer. “Carrier had the training capability that the company needed to enter the air conditioning business,” Betlem said. “Over the years many Betlems have taken courses in technical and business subjects offered by Carrier. This training allowed us to grow into the successful company we are today.”

“We’re a family-run company, serving all of Rochester and Monroe County, as well as parts of Wayne, Ontario, Genesee, Livingston, and Orleans Counties,” Betlem added. She said that the company offers a number of services, from repairing and installing furnaces and AC units to performing home energy assessments to offering preventive maintenance programs. Betlem said that the company has built their business based on a strong mission statement, one in which the customer is the primary focus. “‘Whatever it takes’ is both our philosophy and our call to action. Success begins and ends there,” Betlem said. “With all things being equal, it is the human element of our business that separates us from the competition. It is the single most important component for delivering superior customer service and the one that we have the greatest ability to affect.”

Currently, John Betlem Heating & Cooling, Inc. caters primarily to the residential market, with around 10 percent of their customers being light commercial. They focus mainly on replacement of preexisting units as opposed to new construction. “This approach has worked well for us these past few years,” Betlem said. She included that their technicians are highly trained, holding NATE certifications. “When your technicians possess NATE certifications, you know that they’re qualified, and the customers do as well.”

John Betlem Heating & Cooling, Inc. now employs 54 and operates a fleet of 36 service vehicles. Betlem said her father and uncle own the company, and her brothers and cousins comprise the management team. “We’re really a family business, and we believe that has been a big part of our company’s success,” Betlem said. She added that the company is also successful because of the high level of customer service. “We offer guaranteed customer service, and we’re available 24/7. A live operator will always answer, and we never charge overtime.”

As a successful business, Betlem said that one of the most important things her company does is to give back to the community. John Betlem Heating & Cooling Inc. is an active supporter of Heat the Country, the South East Area Coalition, WXX1 Public Broadcast TV, The Shepherd Home, and Hospice Care. “We also support such community organizations as the Rotary, the Kiwanis Club, and the Lion’s Club, and sponsor local racing, hockey, bowling and baseball teams,” Betlem said.

Heating and cooling is an important and major investment for your home. We also understand that sometimes people are forced to replace their furnace or central air conditioning system before they are fully prepared to do so.

We offer financing with approved credit to allow you to pay over time. 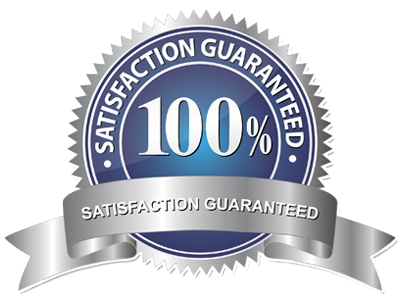 We’ve been in business for more than 80 years. We guarantee satisfaction or your money back.